BIO-Europe: Leipzig in the Champions League of biotech locations 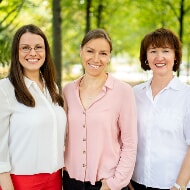 Conventions Team
From 24 to 26 October 2022, Leipzig will host BIO-Europe, one of the world’s largest biotech congresses. Over 4000 guests from more than 60 countries are expected, more than 70 % of whom are C-level executives or senior management. After travelling to Cologne, Berlin and Copenhagen from 2016 to 2018, the partner conference will take place in Leipzig for the first time since 1993. André Hofmann, CEO of the biosaxony association, explains how Leipzig managed to get picked as the congress location.

Mr Hofmann, BIO-Europe will be held for the first time in Leipzig from 24 to 26 October. What does this mean for you?

The fact that BIO-Europe is coming to Leipzig in October is fantastic. It is a clear sign that Leipzig has well and truly arrived in the Champions League of European biotechnology locations. We are now playing on a par with Munich, Hamburg and Stockholm. It’s difficult to overstate this success, and I personally am particularly pleased because I have been in contact with the organisers for a good twelve years trying to convince them to bring BIO-Europe to Leipzig. Now we have finally done it.

How important is BIO-Europe in the industry?

You can definitely say that it is the most important event in Europe in the field of biotech. Companies and people from all over the continent come together here, but it also attracts many visitors from the US, Asia and the rest of the world. The spectrum of participating companies is very broad – from small start-ups with five or six people to international corporations. Many participants are executives, senior management, business developers or scouts on the lookout for new products and innovations. It’s safe to say this is one of the top international conferences we have ever brought to Leipzig.

How was the city able to convince the organisers to hold BIO-Europe 2022 in Leipzig?

It is important to be clear that this was no overnight success. Saxony and Leipzig have been working hard on this for decades. The foundations were laid in back in the year 2000 with Saxony’s “biotechnology offensive”. The Free State invested some 200 million euros to expand the life science sector in Dresden and Leipzig. This gave rise to the TU Dresden’s Biotechnology Center (BIOTEC) with six professorships, but also the now incredibly successful BIO CITY LEIPZIG. Over the years, Leipzig has simply been able to develop as a commercially successful city in this field, which is of course an important factor for any business conference like BIO-Europe. So it was clear that Leipzig had some advantages over Dresden. In the end, other aspects also played a role, such as Leipzig’s good air and rail transport links. And from a technical point of view, our trade fair is nothing less than state-of-the-art, offering the necessary capacities for an event of this scale.

How would you rate Leipzig’s achievements in the health industry and biotechnology in general?

In Saxony, the sector is concentrated in Dresden and Leipzig. While Dresden is establishing itself as a centre of research, Leipzig has become more of a business location. The city has been better at transferring knowledge to the business world. And that’s something you can feel in the city: Leipzig is very agile and dynamic in the biotechnology sector and characterised by rapid growth. We also see this in our own growth at biosaxony: while in 2009 we started with 22 members, today we look after the interests of some 140 member companies. What makes Leipzig so interesting in my view is the fact that we and the city attend to each and every request – no matter how big or small the company. And the list of requests is very long indeed.

What is biosaxony doing to make Leipzig even more attractive as a location?

First of all, we are the Saxony-wide association for biotechnology, medical engineering and the health industry. This means that we represent the interests of our members at political and public level. This includes networking with each other, but also with international partners at events like BIO-Europe. But we also take care of our members’ needs, for example if they are looking for special materials or skilled workers. Skilled workers are a particularly important aspect at the moment. We are a certified training provider here, and are currently looking at how we might be able to compensate for future shortages. Another example of what we do is Medical Forge Leipzig. This accelerator is all about accompanying businesses on that last mile to market entry. After all, the German health market is highly complex and difficult to enter. We want to support local and international companies by assisting with product approval, reimbursement and implementation in health care.

What are your hopes for Leipzig’s future in the health industry and biotechnology sector?

Looking back on our journey so far, I would say that what we have built and achieved is pretty damn good. The Free State of Saxony has invested heavily in science and in the field. We have an incredible scientific basis and we see that our companies have started to reap the rewards. These effects take time in the life science sector, because product development times typically extend over fifteen to twenty years. What we are increasingly noticing now, however, is that there is still a need for support platforms to accelerate entry into the market. Medical Forge Leipzig is certainly a good start – having already attracted the first new companies from abroad. But we still need additional stepping stones on the road to success. Companies can then follow that road to achieve success themselves. We have written a concept on how we envisage this. And Leipzig is one of the few locations that has understood the opportunities that lie in setting up and supporting something like this. That is our common vision for the coming years. We are on the right track.

Thanks for the interview Mr Hofmann!

Interested in finding out more about BIO-Europe 2022? Learn more.

Five reasons to plan a congress in Leipzig

Green events: Why Leipzig is an attractive destination for sustainable events

It appears that you are using Microsoft Internet Explorer as your web browser to access our site.

For practical and security reasons, we recommend that you use a current web browser such as Firefox, Chrome, Safari, Opera, or Edge. Internet Explorer does not always display the complete content of our website and does not offer all the necessary functions.